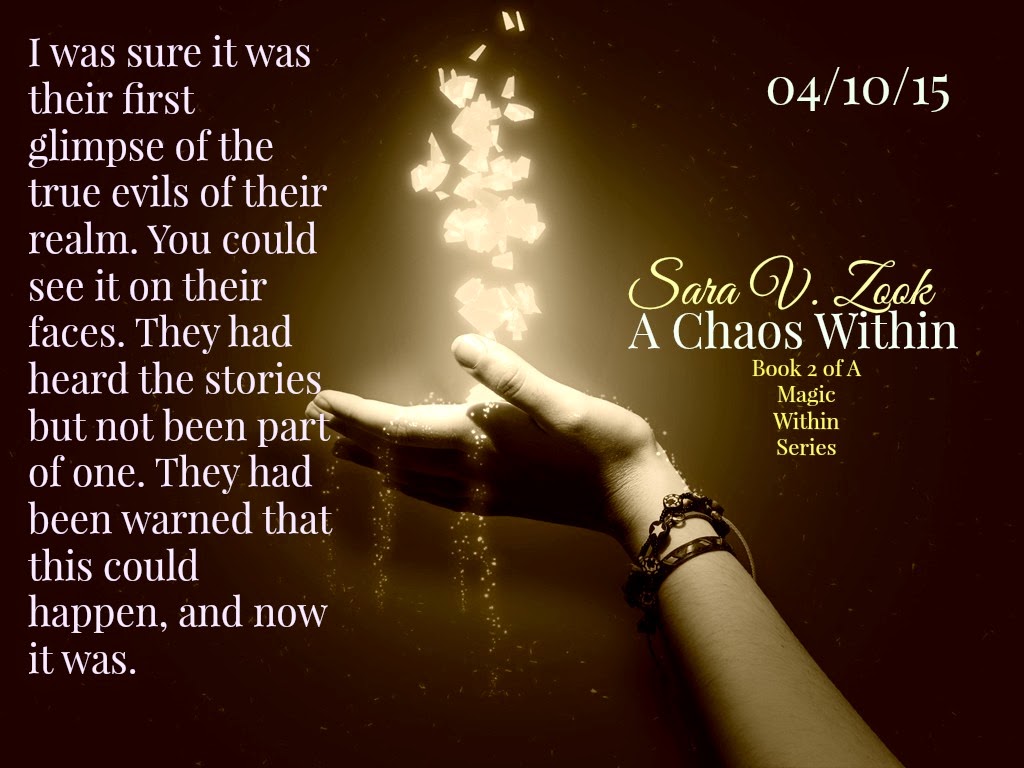 Posted by Unknown at 9:30 AM No comments:


HEY BLOGGERS!
Anyone interested in a cover reveal packet for A Chaos Within, please email my PA, Jen at:  justonemorepage5@gmail.com
﻿
Posted by Unknown at 6:53 PM No comments:

A Chaos Within Excerpt:

I jerked my head upward and held my breath as panic instantly surged through me. I searched the trees in front of me. I heard nothing. I wanted to get down low on the ground and crouch behind this log, but at the same time, I didn’t want to move and risk someone seeing me. I had been bawling, and that had probably been loud enough. No need to draw more attention.

Out of the corner of my eye, I saw movement. It was black, like a shadow, and brief. As the panic inside me increased, so did my heart rate.

My eyes searched again and again. Was I being watched? Was I about to be attacked? Then I saw her.

There was no mistaking it. It was a mindreader, short and stout with a black tattered dress and long, straggly hair. She didn’t see me though—at least I didn’t think so. She seemed to be weaving through the sculpted trees, mumbling to herself as she went. I have to warn Lydic. There wouldn’t be much opportunity to get to him in time at the pace she was going. I had to act fast. She would be exiting the wooded area through the side. I had come from a direction behind me. Maybe, just maybe I could get there in time before something horrible happened. I prayed there weren’t more of them lurking in the woods nearby. They always seemed to travel in groups, and it scared me to death that they would soon discover the dwelling place of the peaceful, little group—maybe they already had. I had to go now. Trembling, I stood up and took off sprinting back toward camp.

My thighs burned with each step. It wouldn’t take long to get there, but there was too much turmoil going on inside of me that it seemed a tremendous feat just to keep my mind and body working together. I was going so fast I was afraid I’d trip and go landing on my face. Keep a calm head! Keep a calm head! I kept screaming at myself as my mind continued to race.

I saw the clearing up ahead. I was almost there. I was confident I had been faster and would be able to reach Lydic before any harm was done to anyone in camp. I exited the woods and rounded the corner. My chest heaved up and down from the stress my body was undergoing both physically and emotionally. I searched desperately for Lydic. No one was in sight. Where was everyone? I went back to the edge of the woods on the opposite side and stopped dead in my tracks at the sight before me.

There was a mindreader. It couldn’t be the same one I had just seen. No, this one had shorter hair and was wearing a blue cap tied around her head. She had her stick raised and aimed toward Everly who was only an arm’s length away from the mindreader. Everyone from camp was gathered around, watching in horror as I was sure it was their first glimpse of the true evils of their realm. You could see it on their faces. They had heard the stories but not been part of one. They had been warned that this could happen, and now it was.
Posted by Unknown at 2:30 PM No comments: 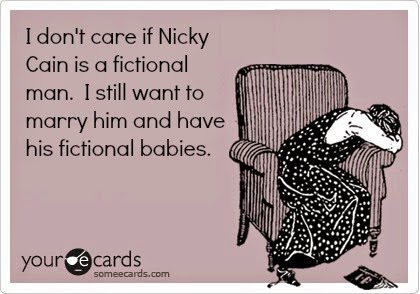 Don't miss out on Six Guns Volume One and get you some Nicky Cain! 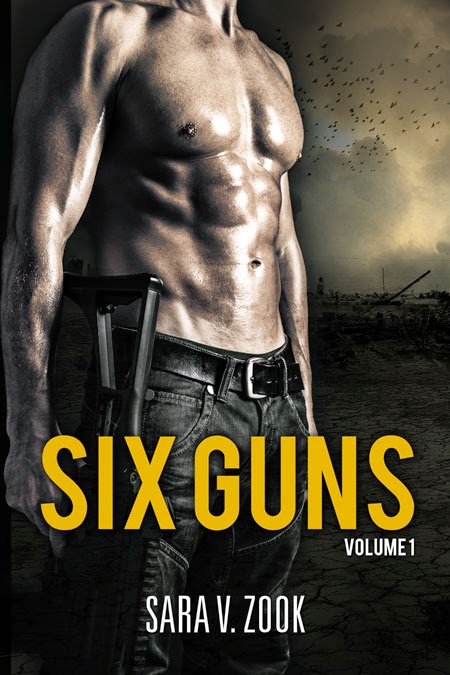 Amazon Link to Six Guns
﻿
Posted by Unknown at 7:17 AM No comments: